The 150th Open will be staged at the Old Course at St Andrews this week. We crunch the numbers of the famous event.

3 – The highest position by a South African golfer at last year’s Open Championship. Louis Oosthuizen finished tie-third with Jon Rahm on 11-under 269. Dylan Frittelli shot rounds of 66, 67, 70, 68 for fifth place on 271.

270 – British pounds (around R5,400), the greenfees to play a round in peak season (April-October) at St Andrews’ Old Course where this year’s Open will be staged. The greenfees drop to £98 (R1,900) for low season, January-March.

290,000 – The number of fans allocated a ticket by ballot to attend this year’s Open Championship, which will be a record. About 1.3-million people entered the ballot. The attendance will surpass the record set at St Andrews in 2000 when 239,000 spectators watched Tiger Woods win.

8 – The number of golfers who played the inaugural Open Championship at Prestwick Golf Club in 1860. This year marks the 150th staging of the tournament.

3 – The number of Open Championships that didn’t have a prize fund.

2015 – The last time The Open was held at St Andrews. The course’s longest gap between hosting the event in peacetime was the nine-year period between 1946 and 1955.

4 – The most competitors in a single playoff, at Muirfield in 2002. Stuart Appleby and Steve Elkington were eliminated after four extra holes and the tournament went to sudden death between Ernie Els and Thomas Levet. The Big Easy parred the first hole (the 18th) to win his third Major.

8 – There have been eight wire-to-wire winners, the last of which was American Jordan Spieth at Royal Birkdale in 2017, when he shot rounds of 65, 69, 65 and 69 to beat Matt Kuchar by three shots.

6 – The most victories at The Open Championship – by the American Harry Vardon – who also invented the overlapping grip. 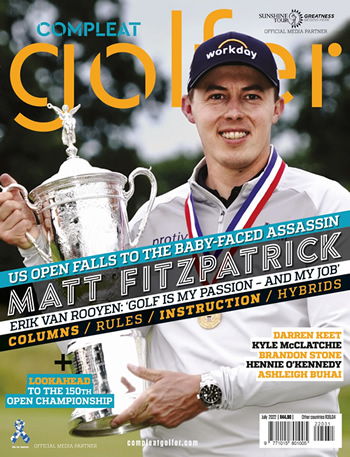