When Gary Player received the US Presidential Medal of Freedom award from Donald Trump in January 2021, I asked him why he had accepted the award from the outgoing president.

The ceremony came a day after Trump supporters invaded the US Capitol building, protesting at a ‘rigged’ election which would see Joe Biden take office.

Ernie Els was similarly criticised for playing golf with Trump when he was president. He was also recently trolled for taking to his social media to confirm that he saw Trump score a hole-in-one at Trump International Golf Club in Palm Beach in March, uploading on his Twitter and Instagram, ‘Great shot on Saturday 45! Fun to watch the ball roll in for a hole-in-one.’ 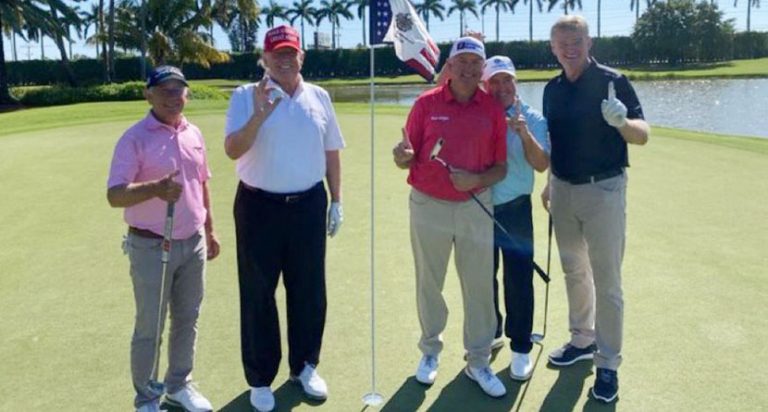 Player and Els are considered two of the greatest sportsmen to have come out of South Africa. They now spend most of their time in the US and have played a number of rounds with Trump, as president and as ex-president. They both attest that he’s a ‘good golfer’ and that on the golf course he’s far removed from the person who divided the US and split opinion around the world.

Now, I have a question. If Donald Trump invited you to play in a fourball with him, would you accept the invitation?

A couple of years ago I asked then Cricket South Africa president Norman Arendse what would happen if any Proteas players refused to shake hands with Zimbabwean president Robert Mugabe when they played at Harare Sports Club, given he was a patron of Zimbabwe Cricket. He was angered by my question.

‘Any player who refuses to shake hands with the president of a country we tour would be disciplined.’

I mentioned that Mugabe was a dictator who had a despicable human rights record and surely players had every right to make a personal decision whether or not to acknowledge him, but Arendse disagreed.

‘George Bush is president of the United States. People in parts of the world see him as a warmonger who has invaded countries and caused the loss of many lives. But, as president, we would also have to shake hands with him, whether we like it or not. So, that’s why we must acknowledge Mugabe too.’

The point is it’s easy to be a virtue signaller in these times. People shout from the rafters about what is right and what is wrong, but put yourself in the shoes of those they’re criticising and their hearts will swell up to the size of a pea. Keyboard warriors are everywhere.

But that’s all a matter of personal preference. One man’s meat is another man’s poison, as the expression goes.

Sporting personalities have been flocking to Saudi Arabia for the money. Formula One, golf, boxing, everywhere that there’s millions of Saudi dollars up for grabs. Even that paragon of virtue, Sir Lewis Hamilton, again took part in the Saudi Grand Prix and rubbed shoulders with Sheiks and Royal Highnesses in the Kingdom.

So, why the outcry because Ernie Els plays golf with Donald Trump? He would also do so with Joe Biden if invited, as well as whoever happens to take over the White House after the next election. I don’t blame him one bit.

To those criticising him, rather focus on the millions of dollars he has raised for autism through his Els for Autism Foundation and the joy he has given us South Africans over the years through his own golf journey. 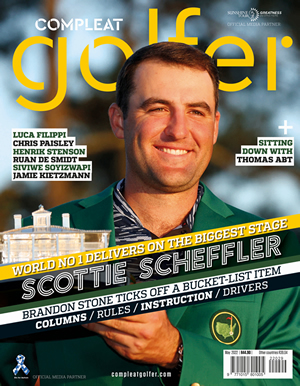