TaylorMade Driving Relief skins game gathered plenty of press but there was only one winner when it came to the equipment takeaway … Rickie Fowler’s Cobra Prototype MB irons.
And rightly so after Fowler and Cobra took a year and as many as 33 revisions before finally settling on the finished article. arriving at the finished product.
Named Rickie Fowler Prototype MB for now, the irons have both similarites and significant differences from his previous MB irons.
‘The clubs from a playability standpoint that a player would feel—sole, sole width, blade length—those are identical,’ said Ben Schomin, Cobra’s PGA TOUR rep. 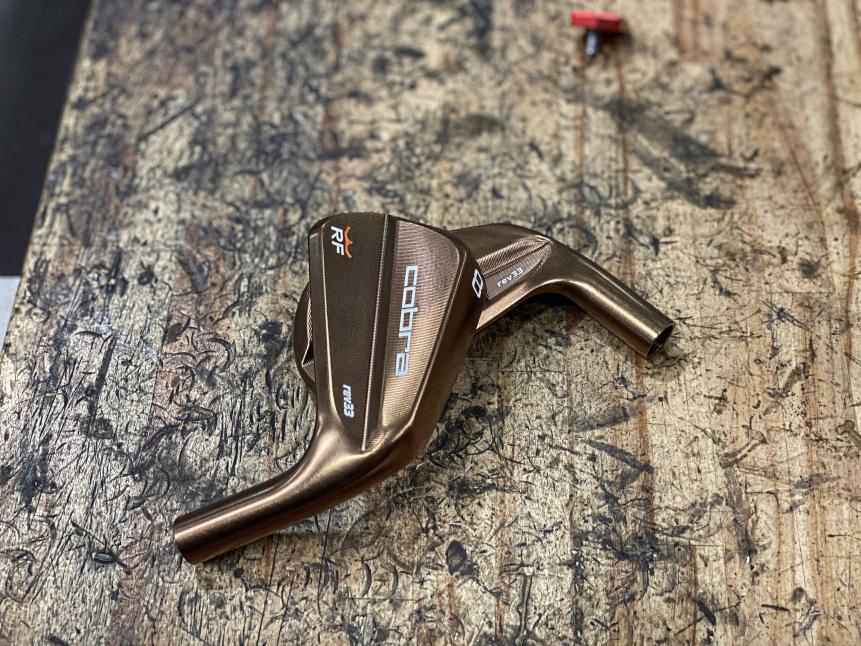 ‘We worked on the shape, bounce, camber years ago, and he continues to like it. We didn’t want to mess with that.’

The copper finish is another talking point.
‘Rickie wanted a unique look that hasn’t been used recently,’ said Schomin.

‘He had used black irons previously, but he really liked the copper look.’