South African rapper Jack Parow was left bemused when the video he posted of an orangutan driving a golf cart was blocked by Facebook.

The video was first posted on YouTube in September last year (watch it below) and shared by the PGA Tour’s social media account on 4 January.

When Parow posted the video straight to his Facebook page, the video was blocked “as it may contain content owned by the PGA Tour”, prompting him to submit the following hilarious Facebook dispute: 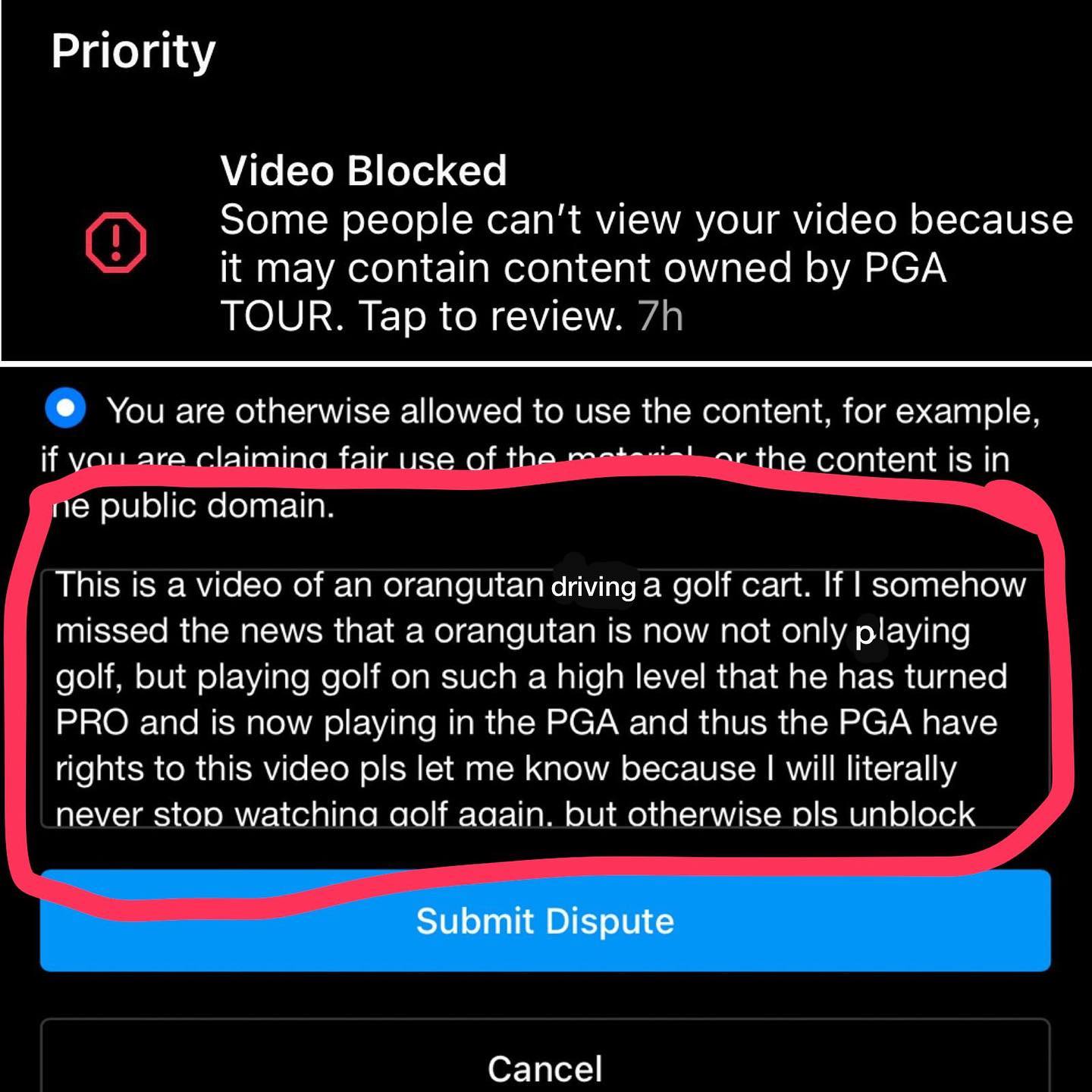 Brandon Stone Column: When it’s time
Another of South Africa’s star golfers has turned professional. Our playing editor tells us about the... END_OF_DOCUMENT_TOKEN_TO_BE_REPLACED