Gavin Green carded a wonderful 64 to set the clubhouse target on day two of the Omega European Masters but Tommy Fleetwood was just a shot back at Crans-sur-Sierre Golf Club.

Malaysian Green followed up his opening 65 to get to 11 under and lead the way from 2017 Race to Dubai Champion Fleetwood, Australian Wade Ormsby and Argentinian Andres Romero.

Romero carded the lowest round of both the week and his European Tour career so far with a 61, while Ormsby fired a 64 and Fleetwood made it back to back 65s.

Green is the only one of the four yet to claim a European Tour victory but has three top tens in his last seven starts as he looks for that elusive win.

Fleetwood – who is playing with a second hand putter his caddie bought for him off eBay – was bogey free to sit two shots ahead of Italian Lorenzo Gagli and Japan’s Hideto Tanihara.

Green started with a bogey on the tenth but then reeled off four birdies in a row from the 11th and another on the 18th to turn in 31.

Further birdies on the first and fourth put him in a commanding position but he bogeyed the sixth and Ormsby was within one after birdieing the second, fourth, sixth, seventh and eighth to turn in 30.

An Ormsby bogey on the 12th extended Green’s lead to two and when the 2017 Asian Tour Order of Merit winner drove the par four seventh and got down in two, he led by three.

Fleetwood was making steady progress and found himself alongside Ormsby after taking advantage of the back to back par fives on the back nine.

The 28-year-old got down in two putts after finding the 14th green in two and hit a stunning second to ten feet at the next for an eagle.

Romero was the next man to join the group at eight under as he recovered from a bogey on the second with birdies on the fourth and fifth, an eagle at the driveable sixth, and further gains at the ninth, tenth and 14th.

Green then parred the eighth and ninth and the target was set at 11 under, but Romero cut the gap to two with another birdie on the 15th.

Fleetwood also got within two as he got up and down from sand on the seventh but Romero holed a 20 foot right to lefter on the 17th and had a good look at a birdie for a share of the course record on the last before signing for his 61.

Another Fleetwood birdie from 15 feet on the ninth moved him within one of the lead and he was soon joined by Ormsby, who added to a birdie on the 15th with another from ten feet on the last.

Tanihara carded a 66 and Gagli a 68, with Austrian Matthias Schwab also at eight under having completed five holes. 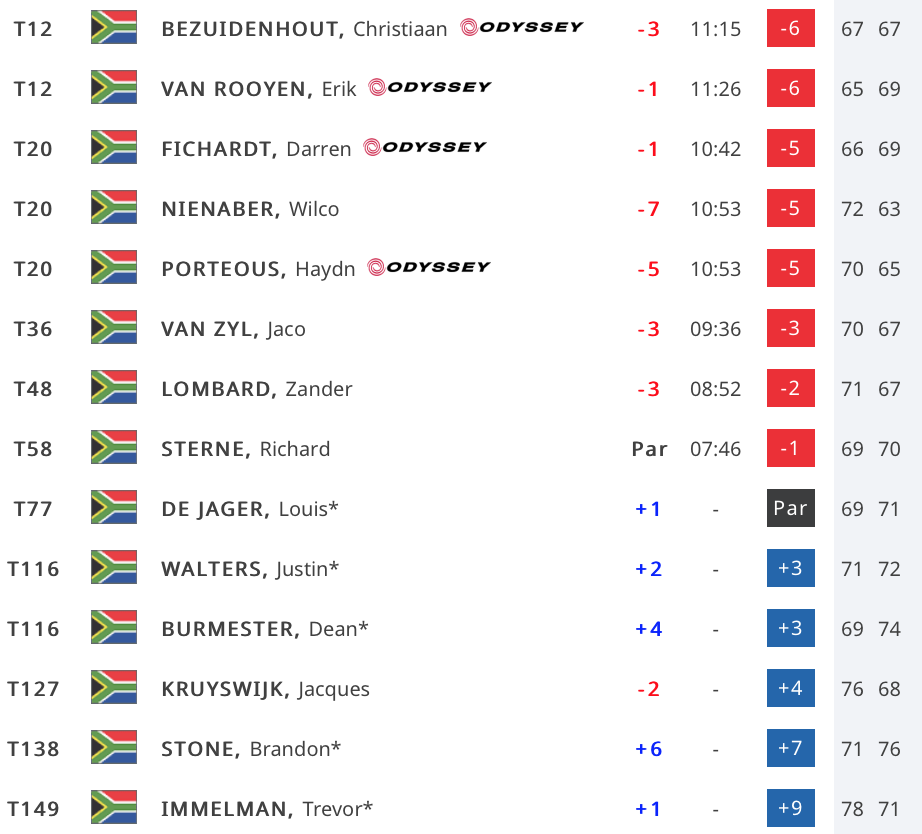