Following their one-on-one battle on Sunday, best friends Rickie Fowler and Justin Thomas again took to the golf course to battle it out during the Covid-19 pandemic, this time by playing left-handed.

Dubbed the ‘Lefty Championship’, the pair showcased their left-handed abilities on their Instagram accounts, which made for a bit more frustrating viewing than what the golfing public normal experience from them.

Fowler especially posted a lot of videos on his Instagram Story and it wasn’t the type of performance we usually see from the two of them.

In the end it was Thomas, who suffered defeat after shooting a massive 101, while Fowler walked away as victor with a solid 94.

Following his win on Sunday, Fowler now leads the personal battle between himself and Thomas 2-0.

Hopefully there are more challenges on the way during this time of no-golf.

What a day! I think we succeeded in the mix matched outfits and trying to look the part of playing lefty…I snuck out the win with a quality back nine to post 94…plenty more to be seen in my story! 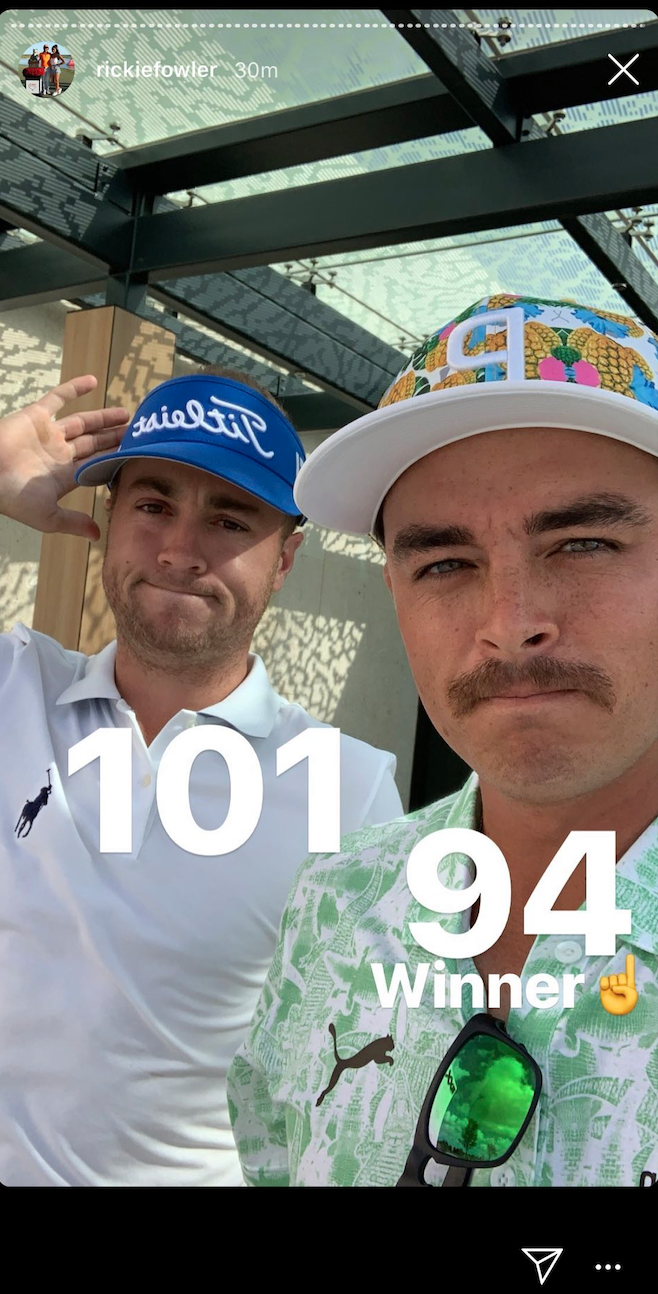