When Gary Player ‘shoots his age’ – which is considered one of the game’s great ambitions when you hit your senior years – he doesn’t merely dip under the magical mark.

At the age of 86, he averages about 72 several times a week. Perhaps level par for the round, but 14 under for his age.

Which means he has shot his age more than 2,000 times, and that is no exaggeration. He does so with a spring in his step, a crisp strike off the tee with a natural draw and a short game that is still a delight to watch. You’d expect that the golfer with the most appearances at The Masters (52) and the only golfer to have won Grand Slams on the regular and senior Tours, while compiling nine ‘regular’ Major wins and nine senior Majors, would have slowed down. Even a bit.

The legend simply loves the game and he loves life, blessed with a family of 40 and who has now started the next chapter without his wife of 64 years, Vivienne, who succumbed to pancreatic cancer last year. He still has very strong views on a variety of subjects, including golf itself, through which he has made a few hundred million dollars.

Regarding the Saudi-backed Super Golf League, for instance, for which the American Bryson DeChambeau reportedly turned down an offer of upwards of $200-million to join, he says: ‘He’s 28, why would he want to take $200m to join a breakaway Tour? He’ll make that on the PGA Tour in the years ahead. There’s also the history and tradition, which is so important. There are the Majors. If someone told me they’d give me a billion dollars but I’d have to give away my Major titles, I wouldn’t take the money.’

Player still has a couple of goals to tick off before he puts away his golf bag. His next big ambition is to shoot 18 under for his age, and he wants to achieve that while he’s still 86. That means a round of 68, somewhere, sometime. He’s come close, with a number of 17 unders in recent years, although as some of his friends keep reminding him, ‘Return to South Africa at the end of this year and shoot 69 and it will be 18 under par.’

He also wants to hit a ceremonial drive at The Masters at the age of 100, in 2036. Fitter than many people half his age, he still keeps up a punishing gym routine and remains as vocal as ever about dietary habits. ‘I’m three pounds overweight,’ he says, ‘which I’ll lose before this year’s Masters,’ and, for effect, he grabs at his stomach, feeling for a layer of fat that plainly isn’t there.

The octogenarian recently spent a few summer months in South Africa at his home at Plettenberg Bay and travelling the country, seeing old friends and casting an eye over his other great hobby, racehorses. He played a number of rounds at Milnerton Golf Club – he has long maintained that ‘the course has the potential to be the Pebble Beach of South Africa’ – after visiting the racing stables in nearby Koeberg Road.

He remains an ambassador for golf and why it is the best activity sport of all. ‘Every other sport you are basically finished professionally at 30 and later you’re faced with ruined health – knees, neck, shoulders. This is a game to play and play.’

It is also a sport where anyone can beat anyone else on any given day, thanks to the handicap system. And, perhaps most importantly, it’s a sport in which we never stop learning – or trying to get better. Even for us high-handicap mortals, it’s the good shots we play, the birdied hole, that keep us coming back for more. 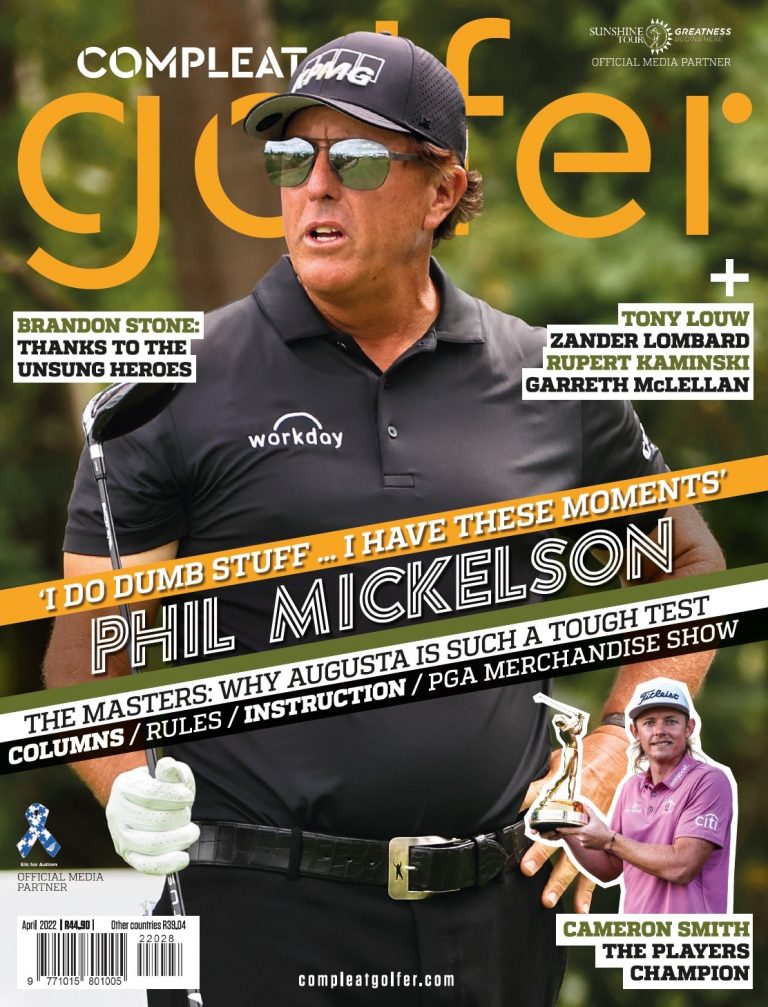