The Rolex Series continues on the East Lothian coast as The Renaissance Club hosts the 37th edition of the tournament in North Berwick.

The star trio start on the back nine at 08:30 on Thursday.

Stone shot a remarkable round of 60 to break the course record at Gullane Golf Club on the final day last year to ease to a four-stroke victory over England’s Eddie Pepperell.

The Renaissance Club will be making its European Tour debut as it hosts the third of eight Rolex Series events in the 2019 season – which has brought a stellar worldwide field to North Berwick in preparation for The Open Championship at Royal Portrush.

Lee Westwood is an early starter on the back nine with 2016 Open Championship winner Henrik Stenson and American Kevin Kisner, who is fourth in the Race to Dubai Rankings, beginning at 08:40.

Two-time winner of this event Ernie Els will be joined by victorious 2018 Ryder Cup captain Thomas Bjørn and Scotland’s Richie Ramsay for the first two rounds, starting at 14:00 at the first tee. 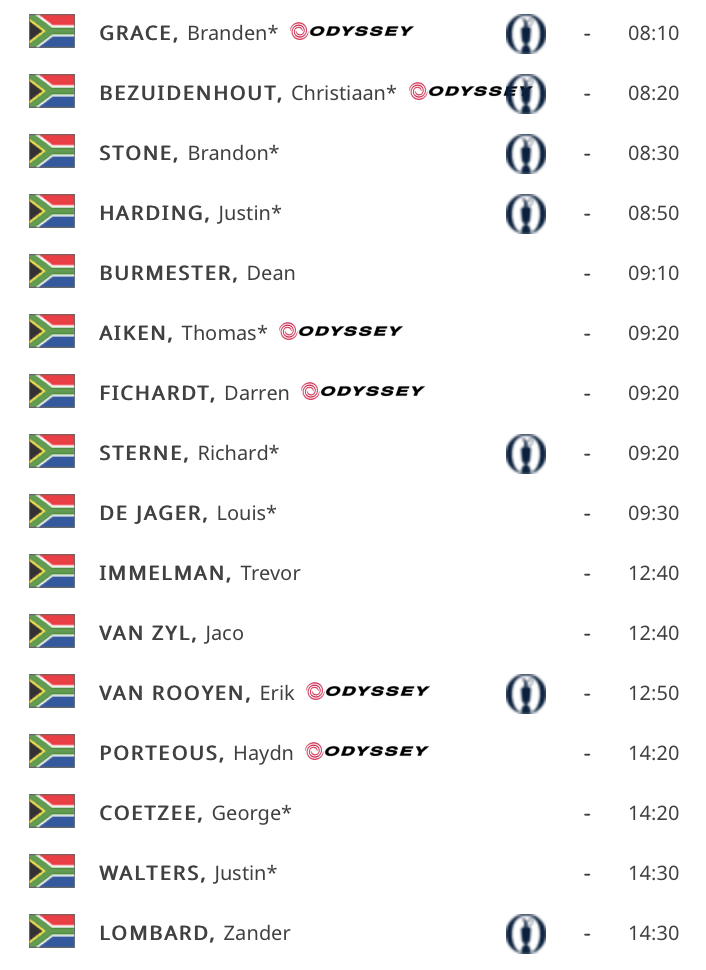