As part of Compleat Golfer’s year in review series, we look at the players at the top of the Official World Golf Ranking and the bucking of an age trend.

For the first time in five years, the average age of the best 10 players in the world has increased.

The closing of 2019 sees the top 10 players in the world averaged at 31.4; while that might be higher than last year, it is still a significant decrease from the same time in 2013.

Another trend to note, is that for all of the changes in the rankings this year it was a case of more of the same with all of the world’s top 10 were inside the top 20 last year. 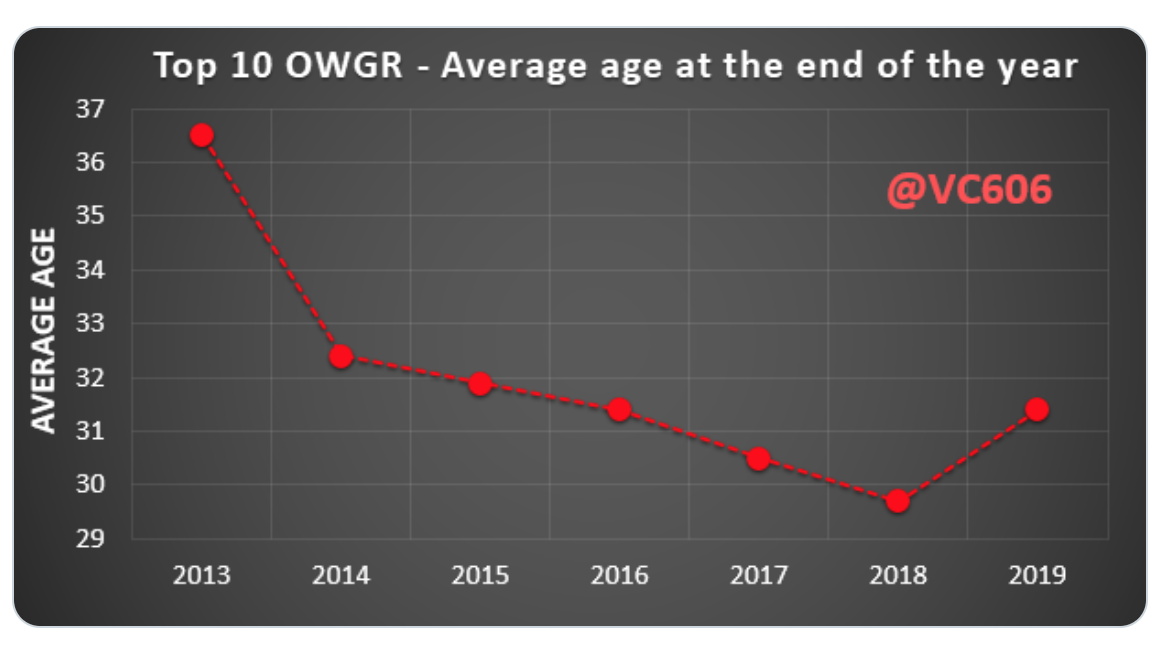