Golf’s leading organisations have sent a proposal to the Minister of Sports, Arts and Culture for the reopening of courses in South Africa.

The letter, signed by GolfRSA, CMASA and the PGA of South Africa, outlines not only the reasons why golf should be allowed to be played during the lockdown but also the role it plays in sustaining employment in the country.

While 83% of clubs that participated in the survey would pay their staff full salaries for the initial lockdown period, it revealed that just 34% of clubs would be able to pay permanent employees if the lockdown was extended to six weeks.

These numbers do not account for the 12-18 000 vulnerable staff who are not full time workers like caddies, waitering staff and other ad hoc workers.

Of grave concern should be that 31% of clubs do not believe they will survive the six-week (or longer) period.

The letter fully explained how golf clubs plan to reintroduce players onto their course by utilising best practise standards for safety during this unprecedented time. 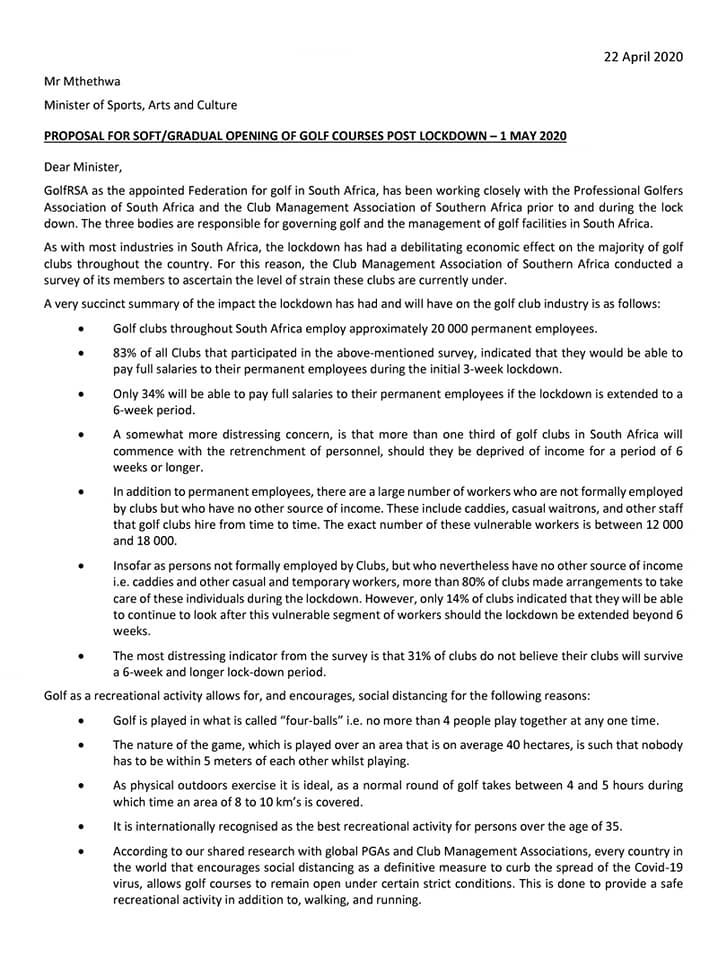 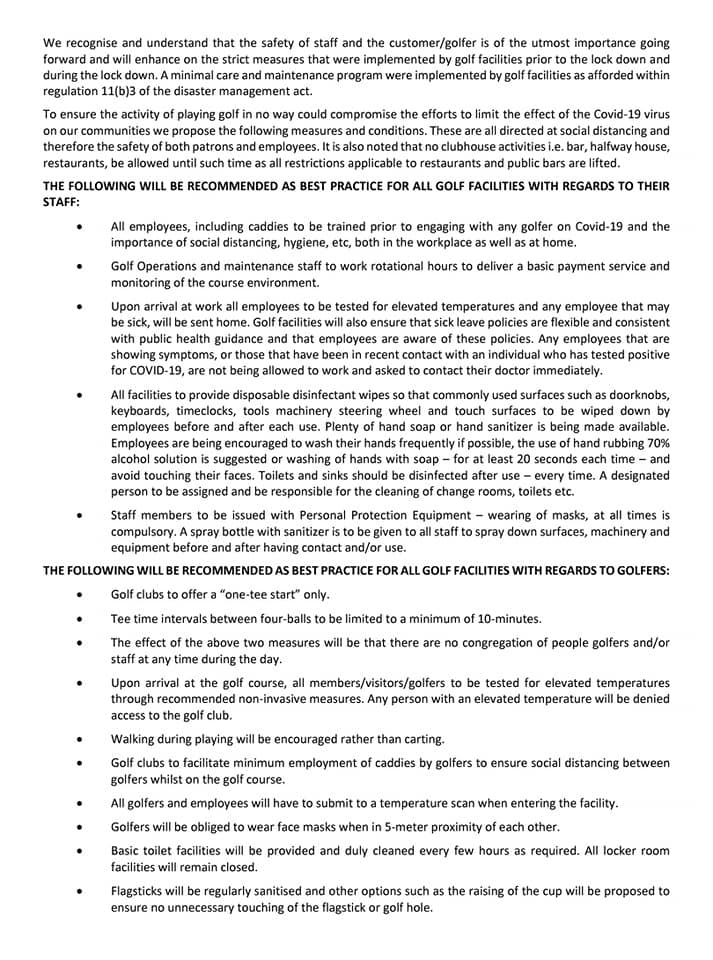 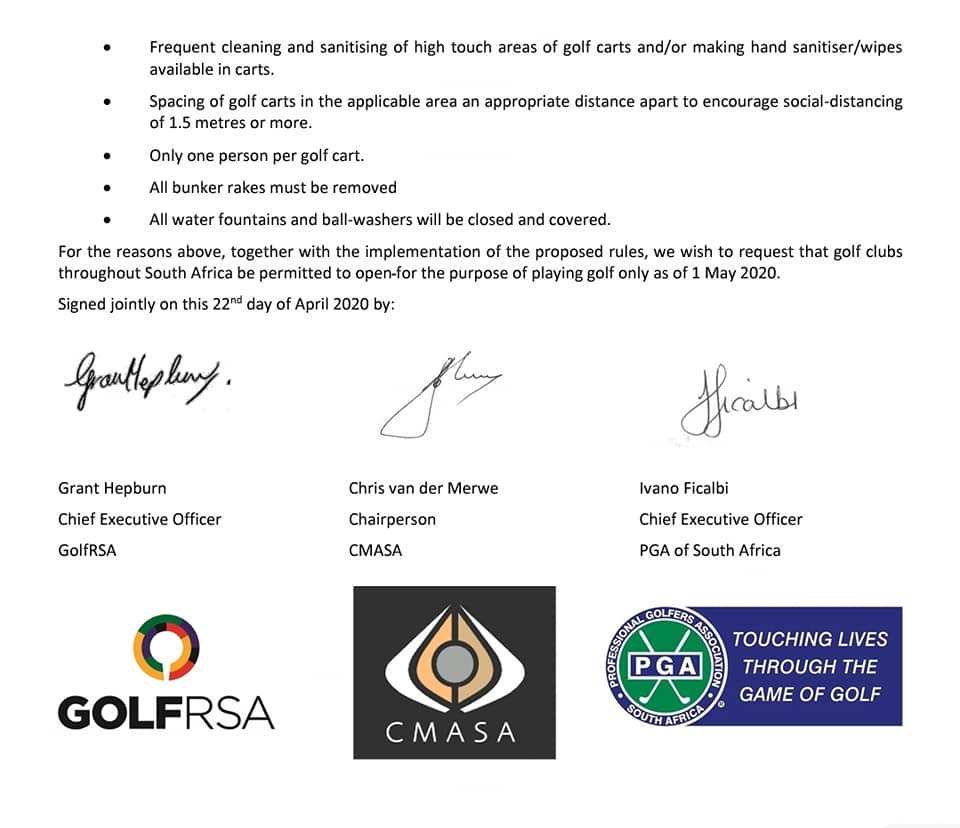