Another Sunshine Tour talent has made a big breakthrough on the circuit and he feels the pieces of the puzzle are coming together, writes MICHAEL VLISMAS.

As Tristen Strydom looks out at the sea and reflects on his past Sunshine Tour season, his words regarding his first victory, at the Tour Championship, are telling.

‘It was the right time and place,’ he said of his emphatic win at Serengeti Estate in the season-ending tournament. It marked the first Sunshine Tour title for a golfer who made four trips to the Sunshine Tour Qualifying School, and who won it at his last attempt. It was a breakthrough moment for one of South Africa’s top amateurs who had struggled to find his feet in the professional ranks since 2017. And then it just all came together at Serengeti.

‘It’s obviously very satisfying because for a long time I haven’t been my normal self in terms of being confident on the golf course and not worried about my game. I felt it should just come to me, but it’s been an uphill road since I joined the Tour. That first year, I failed miserably,’ he said.

It seems an overly harsh assessment of his career, but Strydom is intensely competitive. Before that week at Serengeti, he had finished in the top 10 on Tour 13 times. He’d also had a few runner-up finishes. There was a sense that something had to give sooner rather than later. It’s an expectation Strydom had to manage within himself as he tried to balance the good results with his frustrations of them not translating into a win. His competitive nature shows in how he felt when he drove out of Dainfern Golf Estate having finished tie-third at the Stella Artois Players Championship in April.

‘I was very low after that. I was really disappointed. My caddie just kept telling me to be patient because I was playing well, and it will come,’ he said.

So when Strydom says the Tour Championship victory came at the right time and the right place, there is a lot more to it than the fact he won at his home course and in front of his sponsor, family and friends.

It was a clear coming of age for a golfer with immense ability. His performance at Serengeti was the representation of the hard work and sacrifice he’d put into becoming exactly what his career demanded of him – a professional.

This realisation had its birth in yet another runner-up finish at the 2021 Vodacom Origins of Golf at Humewood.

‘After that event, I took on Grant Veenstra as my coach. Those first few months were really tough because I’ve never been in that kind of structured set-up, and I had to show a lot of discipline and make sacrifices. I don’t mean to sound arrogant when I say this, but golf has always been the easy part for me. I’ve played since I was a year and four months old. It really does come naturally to me. But when I turned pro, I went from knowing exactly what I did with a golf ball to being confused.’

Strydom explains what makes the transition from amateur to professional golf so hard for even the brightest young talents.

‘There is not that sense of urgency in amateur golf. You’re still a youngster and living under your parents’ roof. Then you turn pro and suddenly it’s “welcome to the big boys”.

‘It took me a while to find my feet. There wasn’t anybody to show me the ropes. But I’m also a bit different like that. I don’t like asking questions. I like doing my own thing because I feel that when you figure it out yourself, there’s the sense that it is you who did it. This is a mental game, and that’s what has clicked for me. You don’t have to play perfect golf to contend and win golf tournaments.’

It was the realisation of how important the work outside the ropes is that made all the difference for Strydom this past season, and which he now wants to keep building on.

‘I’m turning into a better professional in the sense of being more dedicated to what I’m doing. I’m more patient in my buildup and more strict in my course management. I never really understood the importance of that before. Discipline seems like a harsh word, but I found real power in doing the same thing for the past nine months every day and trusting that it’s good enough to win golf tournaments.

‘Last season I took the time to work really hard on my mental game. That’s a big key out here on Tour when you’re trying to beat seriously good golfers. We can all do everything with the golf ball out here. What makes the difference is that you need to be mentally tough.’

That win at Serengeti, especially his 68 on a very difficult Saturday of wind and tough pin placements, was every bit the example of what Strydom has been working on.

‘Fortunately that win shows that the hard work is not for nothing. It makes me hungry for more. I’m not going to stop working hard because I’ve won one golf tournament. I have big dreams and big expectations for myself. I want to take full advantage.’

Strydom crystalised those dreams and expectations for himself after the December holidays, and when he sat down to list his goals for 2022.

‘After a nice December break I felt rejuvenated in my body and mind. I had a complete rest for a month and felt like I wanted to play golf again. I needed to step away from the game because it gets mentally draining.

‘I had a very bad end to 2021. I was the first reserve for the Joburg Open and felt like I was playing well enough to get into that event, and I missed out. Then it was off to Sun City for the South African Open which had been reduced from a DP World Tour event to a Sunshine Tour event [because of the Covid-19 red list travel ban South Africa was unexpectedly placed on by the United Kingdom].

‘It was an absolute nightmare there. I had no confidence and was doubting myself. I was really miserable and there were all these red flags I could recognise.

‘Fortunately I have good people around me who believe in me, and over December they told me go for a hike, swim in the sea and just be a normal person for a bit. It changed my focus.

‘Then in 2022 I started off great with that second-place finish at the Vodacom Origins of Golf Final at Gary Player Country Club. That was a big one. I wanted to go back to that golf course and play well. We play so many of our tournaments there. It’s a tough golf course and I feel like you need to learn to play it well.’

From there Strydom finished second at the Challenge Tour’s Mangaung Open in Bloemfontein and it started to roll on from there as he followed it up with 11th at the DP World Tour’s MyGolfLife Open hosted by Pecanwood. But once again there came that bump in the road.

‘I missed the cut at the Steyn City Championship and then didn’t do well at those two Challenge Tour events in Limpopo. I was mentally tired again. So I booked myself a ticket to Zanzibar the week before the Players Championship at Dainfern with the goal of forgetting about golf for a bit. I came back fresh and ready to go again. I’ve always been a guy who plays a lot of events in a row, and I’ve realised that my body and mind need to recover. I haven’t done this well in the past. Scheduling and planning is now more important for me.’

And Strydom does indeed have big plans for this year.

‘This is a starting point for me. It’s the first time in my career where I laid out a clear plan of what I want to achieve and I went out and did it. I ticked those boxes. I have some great opportunities now. I’m going to play the Challenge Tour and hopefully get my DP World Tour card at the end of this season.

‘In golf you always compare yourself to other guys. I compare myself to a lot of my peers who are in the top 100 in the world, playing at Majors and winning on the DP World Tour and PGA Tour. For me there was a sense of, “What am I missing to get to that level?” I need motivation like that. 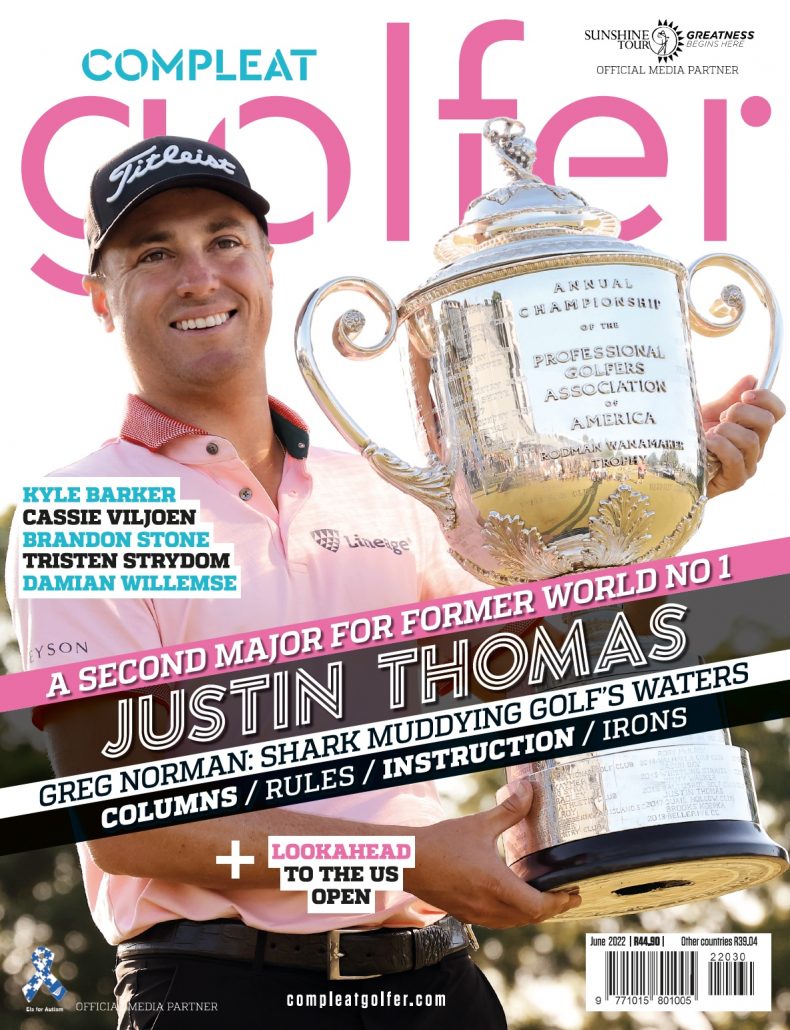